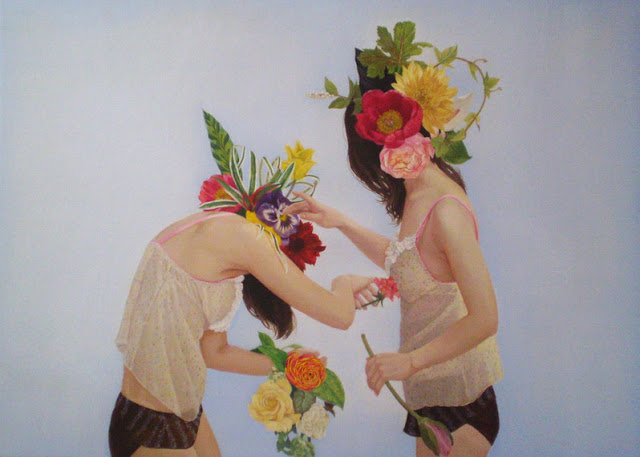 Honesty is a tricky thing. I think everyone, in some way or another, struggles with the truth. Some people lie, both to themselves and others, acting as through the truth is a disease they can avoid with enough mental hygiene. I tend to flow in the opposite direction; I can be guilty of sharing too much, giving too many pieces of myself. You’re probably thinking maybe that’s why I have a blog. That might be true.

Naomi Okubo not only creates beautiful things, but she also paints with honesty. The contemporary Japanese artist creates images that remind me so much of the scroll painting tradition (and since I’m terribly, incurably American, they also remind me of the “Oriental” inspired works of Mary Cassatt). But while her images are undeniably gorgeous, I’m almost more interested in her artist’s statement. And that never happens. 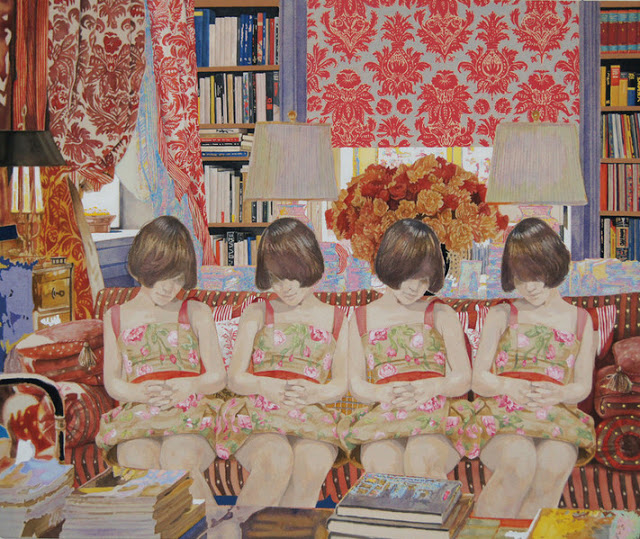 In my first works 2006~2010, I depicted anxious feelings and self-contradictions that people feel when they have connection with others. I think that people are not always honest with each other. In my adolescence, I had felt fear what others thought about me. As a result, I had been confused how I should relate to others. Through this experience, I have showed plural self-portraits in my works. This idea is that I could escape the fears that came from the relationship with others if all people in the world were myself. My expression was based this abnormal teased feeling.

Since 2010, I have had to reconsider my paintings that were the means to express my feeling and thought. I considered that I had to separately think my own expression from my direct experiences. Then I adopted ready-made images from fashion advertisements or interior magazines into my paintings. It was an attempt for me to understand paintings composition, not understanding of its contents. During the experiments that adopted various decorative motifs in my work, I discovered that decoration worked as a camouflage. For example, the decorative motif was conspicuous in the beginning of a work, but the first object had being hidden by adding to paint in it. Using the decoration, I concealed portrayed characters and made allover and flat screens. Through these challenges, I could get involved in historical painters such as Vuillard, Matisse, and Pollock.

Abstraction towards honesty. Have you ever heard of anything more artistic? I love it.