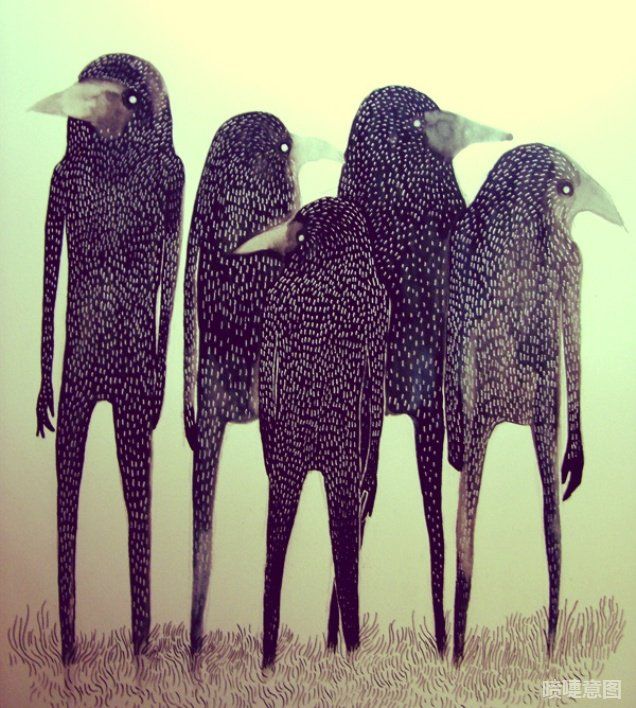 You’ve probably heard of cockney slang, where rhyme and word association comes together to create some seriously weird linguistic substitutions. The classic example is using “apples” for “stairs.” See, stairs rhymes with pears, and apples and pears are associated words, thus stairs becomes apples. Similarly, eyes are sometimes referred to as “mincers” (eyes -> mince pieces -> mincers) and wives become “trouble” (wife -> strife -> trouble and strife -> trouble). It’s confusing, but it’s meant to be. It creates a system of insiders who understand the slang, and outsiders who do not. Some people believe that cockney slang sprung up as a way for criminals to confuse police and better achieve their nefarious goals (though that’s not an entirely accepted theory).

Anyway, I was researching cockney slang when I came across “thieves cant,” a language of thieves that has this truly incredible Wikipedia entry: “It was claimed by Samuel Rid that thieves’ cant was devised around 1530 ‘to the end that their cozenings, knaveries and villainies might not so easily be perceived and known’, by Cock Lorel and the King of the Gypsies at The Devils Arse, a cave in Derbyshire.” Sadly, Wikipedia goes on to inform me that, while thieves cant most likely “originated in this period, the story is almost certainly a myth.” Bummer, right? But at least we got to read about the fantastically named Cock Lorel and his cozenings and knaveries and villainies (lions and tigers and bears, oh my!).

As it turns out, English isn’t the only language with a thieves cant. The Germans had Rotwelsch, which pulls in words from Yiddish and Romany languages to create a verbal hodgepodge. But it’s also a highly literal language without abstractions, so instead of calling winter by an arbitrary name, it’s called “Blibberling,” which is the word for “shivering.” (Also, how great is it that both shivering and blibberling feel incredibly onomatopoeic? Just imagine trying to stammer out blibberling between chattering teeth.) Similar, criminals in Yugoslavia once spoke in Šatrovački to hide their knaveries. Šatrovački seems a little like a Slavic pig-latin, in which words are distorted by changing around the order of the syllables. (For example: trava—grass, often used for marijuana—becomes vutra instead of vatra, meaning fire and pivo—beer—becomes vopi.)

It’s amazing how, while these languages were created for mendacious purposes, they’re still so damn beautiful. Another great word from thieves cant is “glymmer,” which means fire. Glymmer! How utterly lovely. I’m also struck by how poetic slang words can be, how vibrant and bold. This happens with American slang, too. Just think of all the words that are being coined on Snapchat right now by the youths! It’s pretty mind-boggling.

Plus, it’s extra cool because American English is basically just a big ol’ melting pot filled with pilfered phrase and made-up words. I’m going to quote this article at length, so click through… From this awesome Atlas Obsura piece by Sarah Laskow:

For starters, just think about some words we borrowed from Dutch and decided to keep: boss, cookie, stoop, scow, sleigh, snoop, waffle, poppycock, pit, when used to describe the seed of a stone fruit. Dumb might be Dutch, or it might be German, or it might be a bit of both, but it’s a uniquely American bit of English.

“I could pile up differences until I not only convinced you that English and American are separate languages, but that when I speak my native tongue in its utmost purity an Englishman can’t understand me at all,” wrote Mark Twain. Walt Whitman celebrated the availability of “traitor, coward, liar, shyster, skulk, dough face, trickster, mean cuss, backslider, thief, impotent, lickspittle…I like limber, lasting, fierce words. I like them applied to myself — and I like them in newspapers, courts, debates, Congress.”

Walt Whitman, is as per usual, totally on point. I, too, like limber, lasting, fierce words. It’s also a brilliant reminder that, when we’re all sitting around bemoaning the state of modern English, this shit is nothing new. We’ve been bastardizing the heck out of English since we got here. Let’s keep it going.