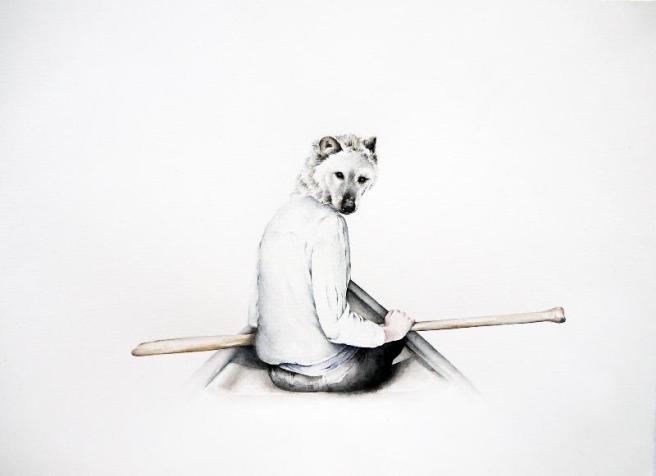 You know how people are always saying stuff about celebrities like, “I could totally see myself being best friends with Person X and going out for Taco Tuesday in our yoga pants!” or whatever? (Jennifer Lawrence, you seem to be everyone’s girlcrush of the moment. I hope you savor it, because the internet tide is mean and will turn.) Well, sometimes I feel that way about artist. I know, I just mocked the idea. But sometimes I see a picture and think I would probably like the way their brain works. And that happened today with Amy Ross. 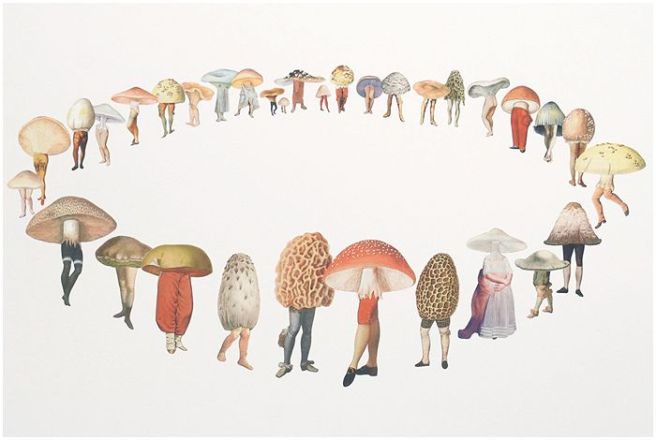 Ross makes these wonderfully detailed pictures of impossible creatures. Birds with mushroom caps for heads, trees with cloven hooves, people shape-shifting into wolves and foxes and other wild things—you get the idea. It reminds me of illustrations from old children’s books, or something out of an 19th Century field guide. They’re lovely and strange at once. Sometimes, I don’t even see the out-of-context species-mixing until after I look a bit closer, particularly with the magnolia series.

Don’t you think, based on these pictures, that Ross would want to drink tea with me while explaining Downton Abbey? Why does everyone like that show so much? I don’t get it.

See her whole portfolio (it’s HUGE) on her website: AmyRoss.com.

One thought on “I want to hang out with Amy Ross.”